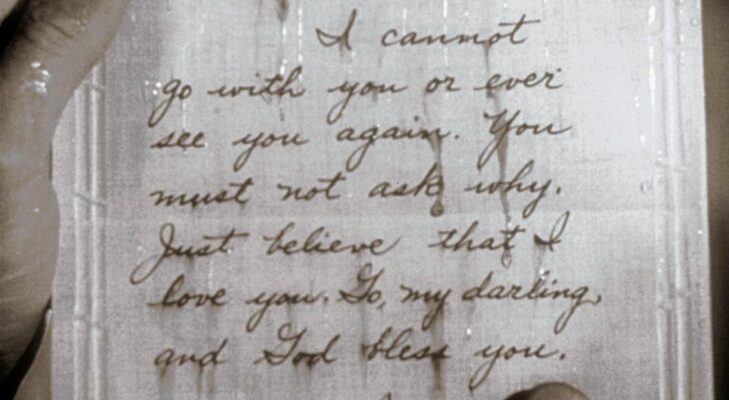 Over 14 billion letters are sent each year in just the UK, making the selection of the world’s most famous letters a challenging task. In addition to the sheer number of possible candidates, choosing these letters is purely subjective with no clear answer. Nevertheless, certain letters come up time after time when scholars are asked to choose the most famous letters. These include St. Paul’s letter to the Romans, the “Groans of the Britons” letter and Albert Einstein’s letter to Franklin D. Roosevelt about the atomic bomb.

St. Paul’s Letters to the Romans

The famous letters of St. Paul to the Romans, written around 45 A.D., helped spread Christianity around the world. This letter became the Epistle to the Romans, which is the sixth book of the New Testament and the most doctrinally significant of all Paul’s writings. The overall purpose of the letter is to explain the gospel of Jesus Christ and the salvation it offers. It’s addressed to the Christian church in Rome rather than an individual and is more of a treatise than an actual letter, although it doesn’t provide a complete description of Paul’s theology.

The Christian church has always recognised the influence of this letter on the church. Not only is the longest epistle Paul ever wrote, it’s also the most ordered and comprehensive. The influence of the letter is due to its content rather than its age, as Paul wrote at least five other letters to the church before Romans.

Groans of the Britons

The “Groans of the Britons” letter written by Britons between 446 and 454 A.D. may have effectively started the development of the English language. It increased the settlement of Anglo-Saxons in Britain during the fifth and sixth centuries, increasing the prevalence of Anglo-Saxon culture and language. The letter itself has never been discovered and is only known by its reference in De Excidio et Conquestu Britanniae, written by the British monk Gildas between 525 and 550 A.D.

This letter is a final appeal to the Roman military for assistance in repelling Pict and Scot raiders after Roman armies withdrew from Britain in 407. It was addressed to the general Flavius Aetius, who had few resources to spare during the collapse of the Western Roman Empire. The failure of Rome to secure Britain against these attacks led the Britons to seek aid from Anglo-Saxon mercenaries, which precipitated Britain’s settlement by the Anglo-Saxons.

The letter from Albert Einstein to Franklin D. Roosevelt in 1939 led to the development of the atomic bomb. Einstein states that it was theoretically possible to build such a bomb, and that Germany might already be attempting to do so. Einstein had a great deal of influence on scientific matters at this time, having won the Nobel Prize in 1921. He immigrated to the US in 1933 after the rise of Nazism in Germany, taking a position as Resident Scholar at the Institute for Advanced Study in Princeton, New Jersey.

Einstein writes in the letter that a large mass of uranium could be used to create a nuclear chain reaction that could generate vast amounts of energy and liberate radioactive elements. He also advised Roosevelt to establish permanent contact with physicists who were studying these reactions. Einstein’s concerns turned out to be unfounded, as Germany never got very far with its nuclear weapons program. An air raid destroyed its only nuclear plant in 1943, which was never rebuilt. Einstein was a pacifist and deeply regretted writing the letter, saying in a 1947 interview with Newsweek magazine that he would never have done so had he known that Germany’s efforts at developing an atomic bomb would be unsuccessful.

What is your reaction?

What Are Commodities in British Forex Trading?

3 of the World’s Most Famous Letters

What Are Commodities in British Forex Trading?

Significant things to know while choosing a designer saree

Benefits of Boxing You Didn’t Know